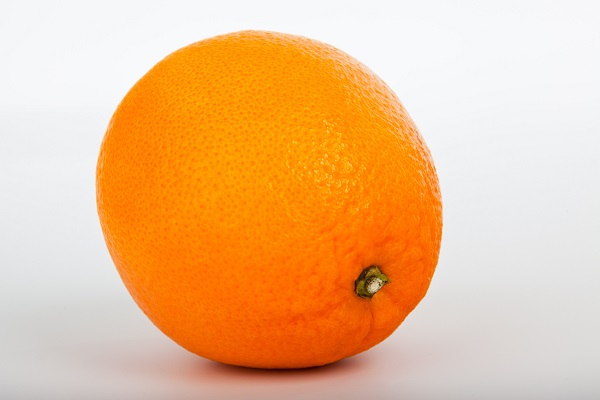 1. Cellulite only affects those who are overweight

Many people assume that you only get cellulite if you're overweight, but this isn't strictly true. While cellulite is more visible on overweight people, it can still affect those of normal weight, as well as those considered thin. Even supermodels are cursed by cellulite!

Another cellulite myth is that losing weight can help to reduce the appearance of this so-called 'cottage cheese' skin. There is some truth to this notion. This is because cellulite is caused by fat cells under the skin, so it stands to reason that if you get rid of the fat cells, the cellulite should vanish.

However, the problem with this theory is that when you shed weight, the skin can become looser as it has lost its elasticity. This can actually make the appearance of cellulite seem worse, so experts recommend either taking up some form of strength training to firm up the skin, or a recognised cellulite reduction treatment.

3. Cellulite is a female-only problem

Granted, cellulite is a problem that tends to afflict women more than men; up to 90% of women are blighted by it, according to Medical News Today. But, having skin akin to orange peel, especially around the upper thighs and abdomen, can be something that men suffer from, too.

The good news is that cellulite reduction treatment works just as well on women as men, so everyone can benefit from smooth, dimple-free skin.

4. Lotions are a miracle cure

There are lots of different lotions marketed as being effective at getting rid of cellulite, but they're unlikely to do much to banish your orange peel skin, and at best may only temporarily tighten the appearance of the skin.

This is because cellulite is caused by fat stored under the surface of the skin, so applying a cream to the outer layer won't make a difference to what's going on underneath.

For optimum cellulite treatment benefits, you're best to steer clear of pricey lotions and stick to a reputable provider of cellulite reduction treatment options that are more likely to work.

5. Blame your parents for your cellulite

It's often assumed that cellulite is a genetic problem, so if your parents were prone to it, you're likely to have it too.

While genetics do play their part, it's not inevitable you'll get cellulite just because it's rife in the family. In fact, other factors such as lifestyle, stress, hormones, lack of exercise and poor diet are more likely to contribute to causing cellulite.

If you'd like to know more about our  cellulite treatments, get in touch with our experts on 04 3437987.

Dear Slimspa Team,
Thank you so much for the great service, smile and hospitality. Nasim you are the best manager/beautician I have ever met. Wish you all the luck in your career.

I want to thank everyone at this spa. They are really sweet and nice. I have been here since more than 4 years and I love this spa. This spa is like home.

You are all a wonderful team, high spirit, smiley faces and constant care. Many thanks for helping me in losing weight, reach my goal, keep on being motivated and feeling wonderful and most importantly healthy.
Best wishes to all and hope to see you soon, for maintenance only.

Been doing Vellasmooth for 3 weeks and have already lost more than 7cm from my abdomen. Amazing results!! Fantastic Treatment, lovely friendly staff and a great atmosphere. Thanks Slimspa

Thank you so much! Not only I lost some cm but I spent great time here. Each session I came more relaxed. What more can I expect? Thank you again and see you next time.

Lisa is best! Really grateful to Lisa & Naseem for all the support.Lost 6 miles in just 5 sessions.
Great service & ambience at slimspa.

A big thank you to all spa team for your nice welcoming, always smiling, for your patience and efforts to meet any needs. I have not always been an easy going client but you have all been very consistent in your efforts and always very comforting. Slimspa is not only a spa but a lovely family.

Thank you, had a lovely and relaxing lymphatic massage.

Dear Slimspa, You are one of the best spa but there will always be one more room for improvement. Your room lights, more machines so we can enjoy more time to have our treatments. We like all your staff, they are really good. Keep it up! God bless!

Slimspa Team, Thank you for your special treatment. Your spa is very welcoming and professional. I had satisfying results and will come back for sure.

To Slimspa Having a great healthy figure is a compromise and full time job. An awesome diet and gym is the key but for a faster result I tried manual massages and endermologies, the results were amazing, long lasting and meet all my expectations. Cellulite is not about exercise as much as intake of water & estimulation through massages and that's what I got from these treatments & great increase in collagen in my skin. I truly recommend LPG products and treatments,I am happy client.

I had got a very impressive result from my anti cellulite treatments and really like to thank my therapist Soumiys for being so professional , precise and patience . The spa itself is very clean , the staff were friendly and my treatment always starts & ends on time .

Amazing spa and reasonably priced for LPG! I had good results and the therapist Ciby is so knowledgeable and professional. Definitely coming back!

Had a great experience with Hanna. She matched my colour perfectly and I find her cut the easiest to manage and style.

It was a pleasant experience. The staff was friendly, made me feel welcome and explained everything / procedures for my treatment to me. I will definitely go there again for future treatments. Thank you so much. I have already experienced some of the desired results - just two weeks after my first treatment! So I already booked my next treatment and am very excited about possible future results.

I had a wonderful experience with the spa, the combination of treatments was very helpful on my goal to get a better figure. The personal was professional, I believe they have always keep the expectations to reality and would recommend to anyone who wants to achieve results.

The Hydrafacial was totally excellent. The great ambience coupled with the helpful and kind behaviour of the staff, the treatment was not only useful for my skin but also had been a very pleasant experience

Currently undergoing Venus Legacy sessions (with Somaya) and manual anti cellulite massage (Warda) and they do wonders! After four sessions I see the results. Everyone is super accommodating and professional.

Really impressed with this place. They offer all types of solutions for slimming and body contouring. Had cellulite treatment here and was more than satisfied with the results. The staff are very professional and very friendly and they will give you the best advice and solutions.

Efficient, friendly, personalized attention and warm service. Very comfortable going ahead with their treatments owing to their experienced staff.